Cinematic Shots - 16 Shots You Should Know

Cinematic shots are a series of frames that run uninterrupted in a visually appealing or unique way. Filmmakers often utilize cinematic shots to present ideas, narrative elements, movement, and emotion to the audience.

A film’s establishing shot is the first shot at the top of the scene that shows the location. It may follow an aerial shot.

In “The Shawshank Redemption,” the establishing shot introduces one of the main characters and the plot.

Learn more about establishing shots and how to create one for your film.

An extreme long shot, or wide shot, makes the subject look small against their backdrop.

The bird’s eye shot shows the scenery surrounding a subject and creates a sense of movement and scale. 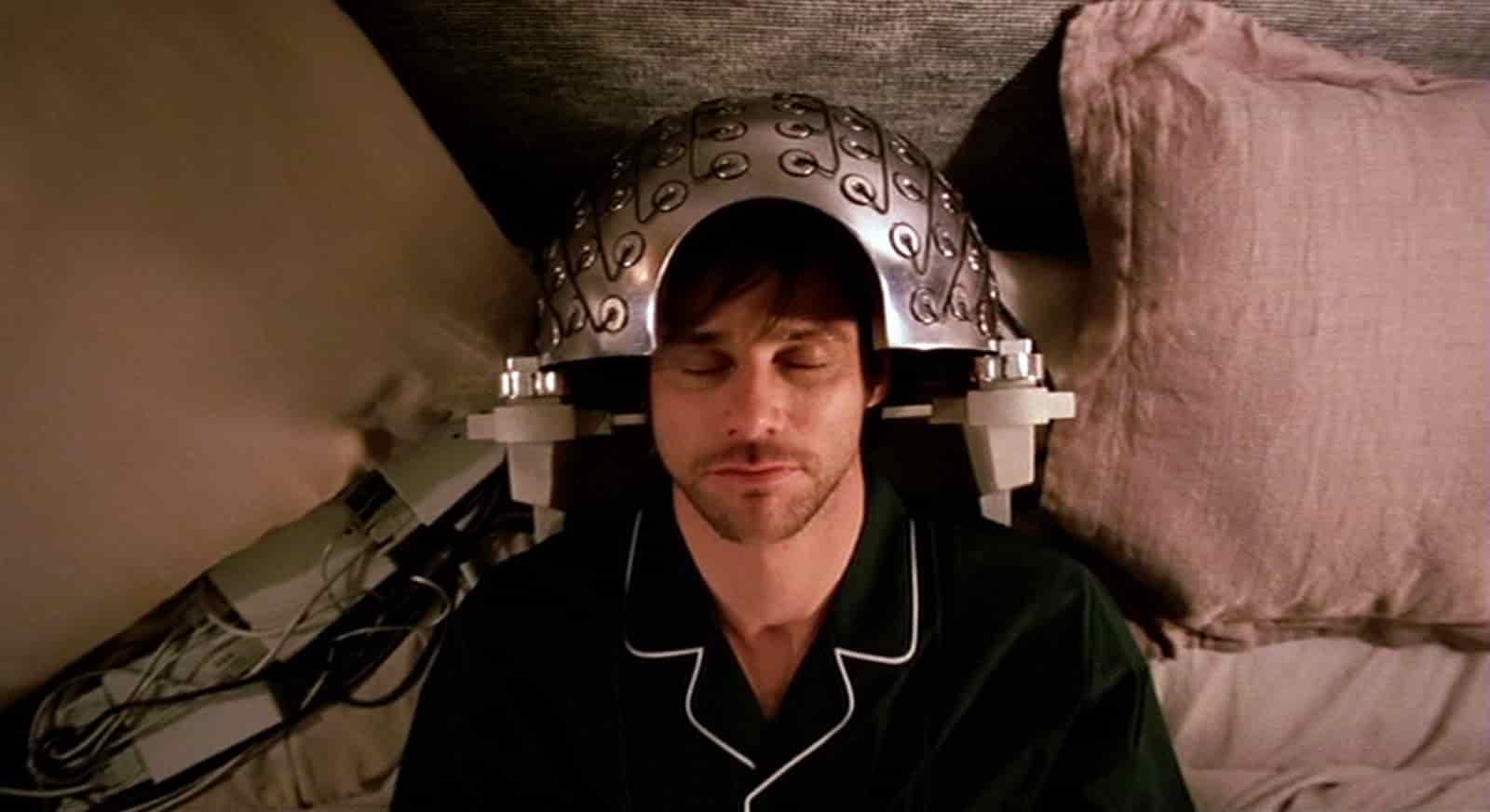 A shot from even higher up is known as an aerial shot, which can be taken from a drone or helicopter and establishes a larger expanse of the surrounding scenery.

In “The Sound of Music,” the bird’s eye shot provides a glimpse of the main character in her element.

A long shot is closer than the extreme long shot, but the subject does not fill the frame.

In “Lawrence of Arabia,” a long shot provides a wide view of the setting.

A medium shot provides more detail on the subject, framing them from about the waist up in most cases. It differs from an eye-level shot in that it provides more context of the surroundings.

A medium-long shot usually frames the subject from head to knees. This shot can utilize any angle, so using it from behind a subject can create a unique viewing experience.

Full shots allow the subject to fill the frame while keeping the focus on the scenery.

Each character is visible in “Guardians of the Galaxy” after being taken into custody. 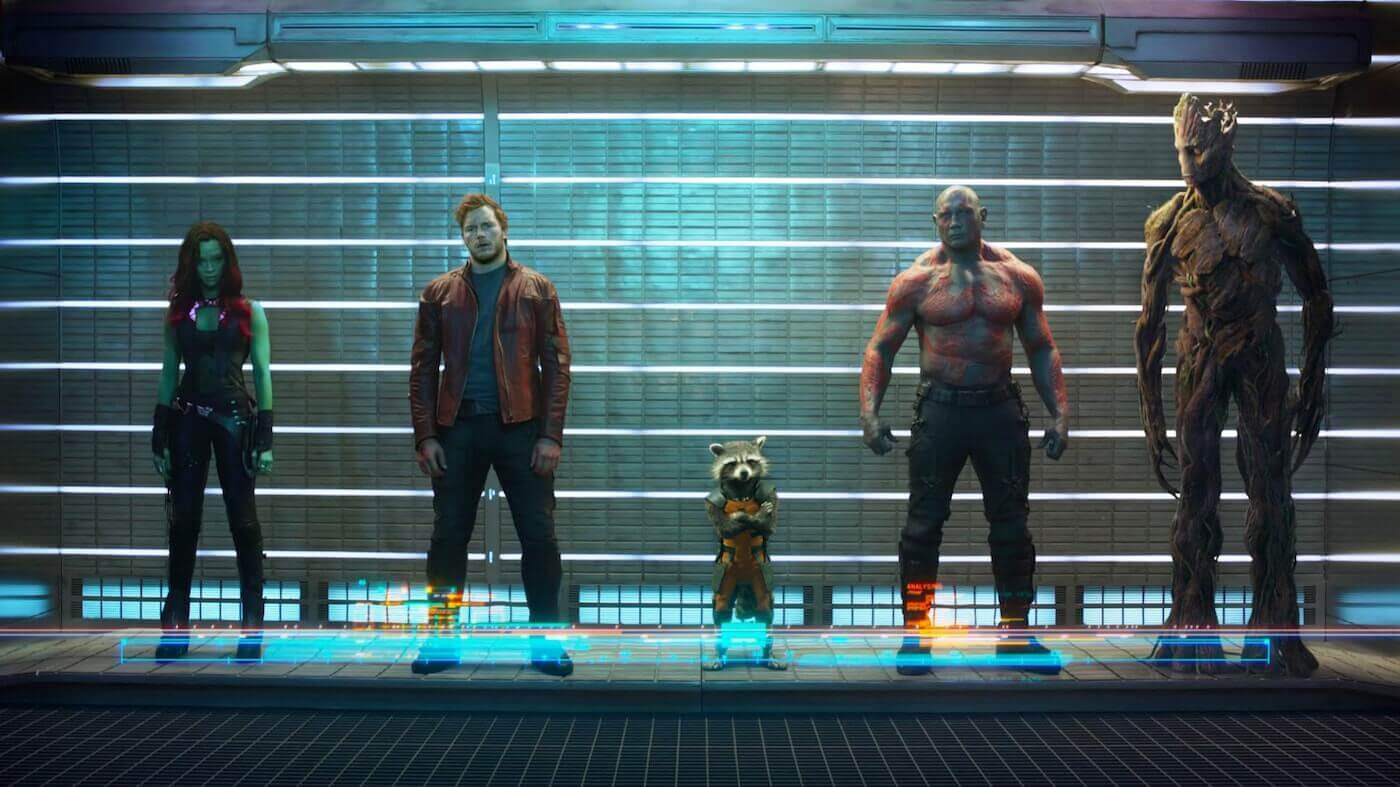 Scene from “Guardians of the Galaxy”

If the subject of a shot is on the ground, using a ground-level shot captures what is happening on that surface.

The ballet shoes from the scene in “Black Swan” below provide a glimpse into what the character is doing as she practices her dance. 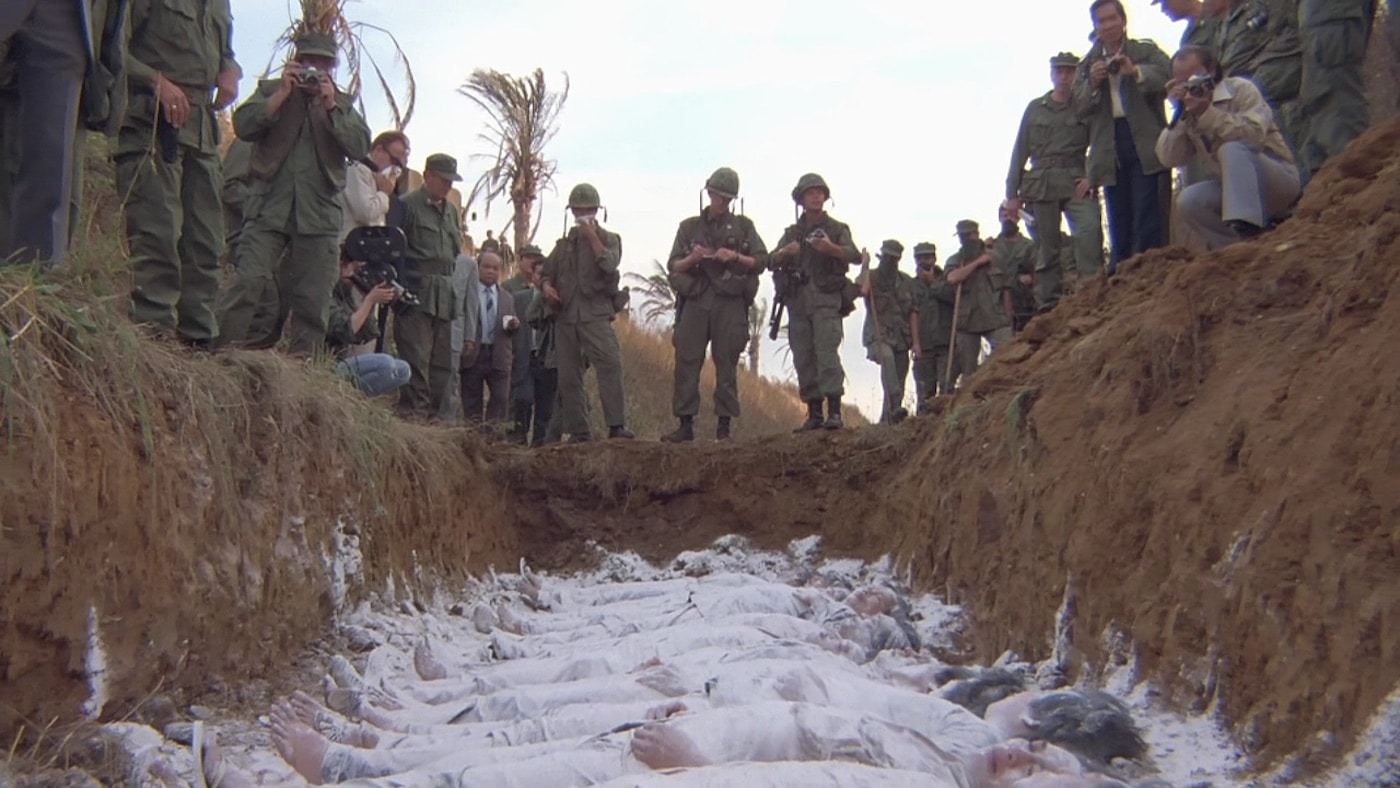 A crane shot uses a robotic crane to sweep up and over a scene. The trainyard scene in “Gone With the Wind” was one of the earlier examples of the use of a crane to film a scene.

A tracking shot moves with the subject, following beside or behind them to track their movement.

In “Paths of Glory,” the tracking shot allows the audience to view all of the characters in the scene as they prepare for battle.

Learn how to further use and improve tracking shots.

When the camera doesn’t move, this shot is known as static or fixed. Its purpose is to emphasize the movement and appearance of the subject, such as the example below from “Step Brothers.”

A bridging shot notates a shift in place or time.

Also called a camera dolly shot, the dolly zoom involves affixing the camera to a dolly mechanism that allows the operator to move and zoom. You can see an example of this piece of film equipment.

In “Jaws,” filmmakers used a dolly zoom to highlight the tension and fear of beachgoers as they spot the shark.

Using a dolly isn’t the only way to zoom in or out on a frame. You can also alter the focal length of the lens to create a different emphasis. Quentin Tarantino often uses the crash zoom effect by adjusting the focal length.

In the opening scene of “The Conversation,” the zoom motion provides context for the setting and location.

A handheld shot is filmed by a camera held in the hands. An example of this shot is evident during the fight in the pool hall in “Mean Streets.”

When using the low-angle shot, you can convey that the character showcased is superior, as it feels like the audience is looking up at them. When filming Darth Vader in the “Star Wars” franchise, George Lucas often used low-angle shots to create a menacing presence.
[imdb]tt0076759[/imdb]

View additional low angle shots in films and what emotions they convey to the audience.

With the high-angle shot, the camera points down at a character or subject to create a feeling of inferiority. 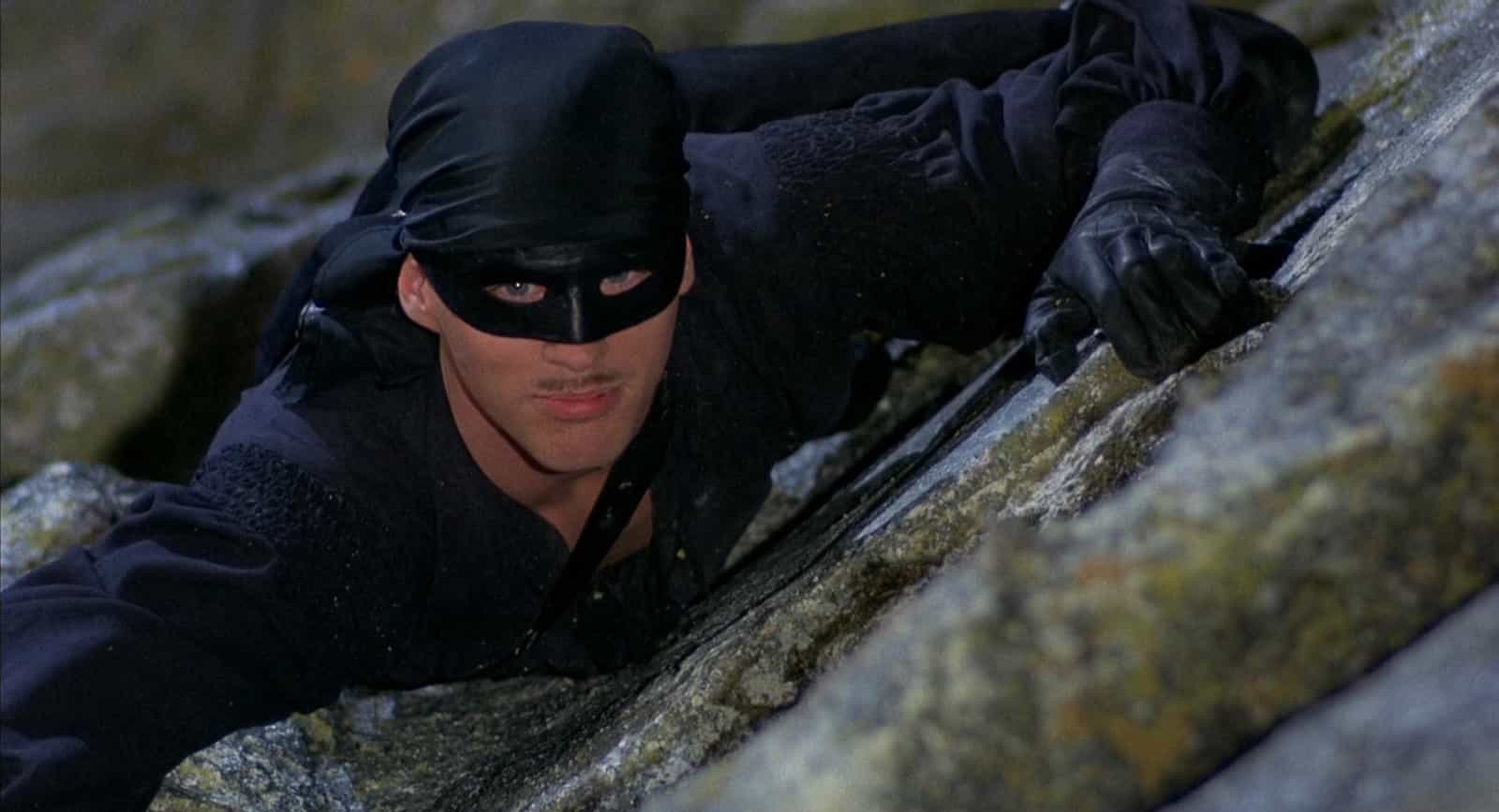 Another example is evident in the “Shawshank Redemption,” when many shots of Andy are filmed from above to emphasize his position of weakness.

View additional shot examples and a few more that anyone can try. With over 50 different cinematic shots, filmmakers can use various techniques to create unique scenes.

Often overlooked as a key step in the filmmaking process, creating a storyboard is vital to the outcome of the film. A storyboard is especially important in a narrative film, as it involves creating the shot list and defining how you plan to shoot each scene.

Shooting at 24 frames per second (FPS) will make your footage look more like professional film footage, as this is the most commonly utilized setting in Hollywood. 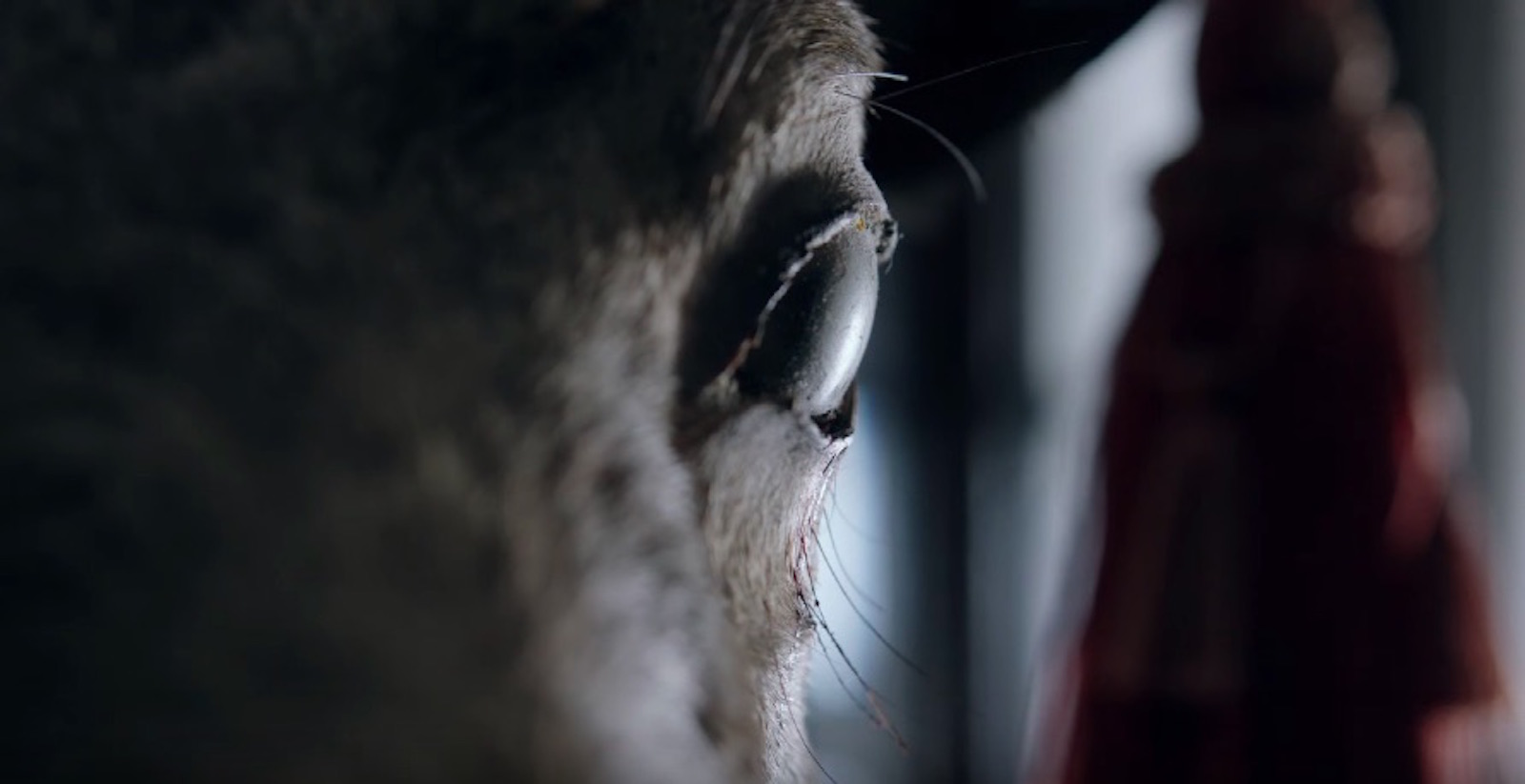 The depth of the field in a shot refers to which part of the frame is in focus. Utilizing a shallow depth of field creates a more cinematic feel, blurring out what’s in the background of a shot to create more focus on a central character or object. 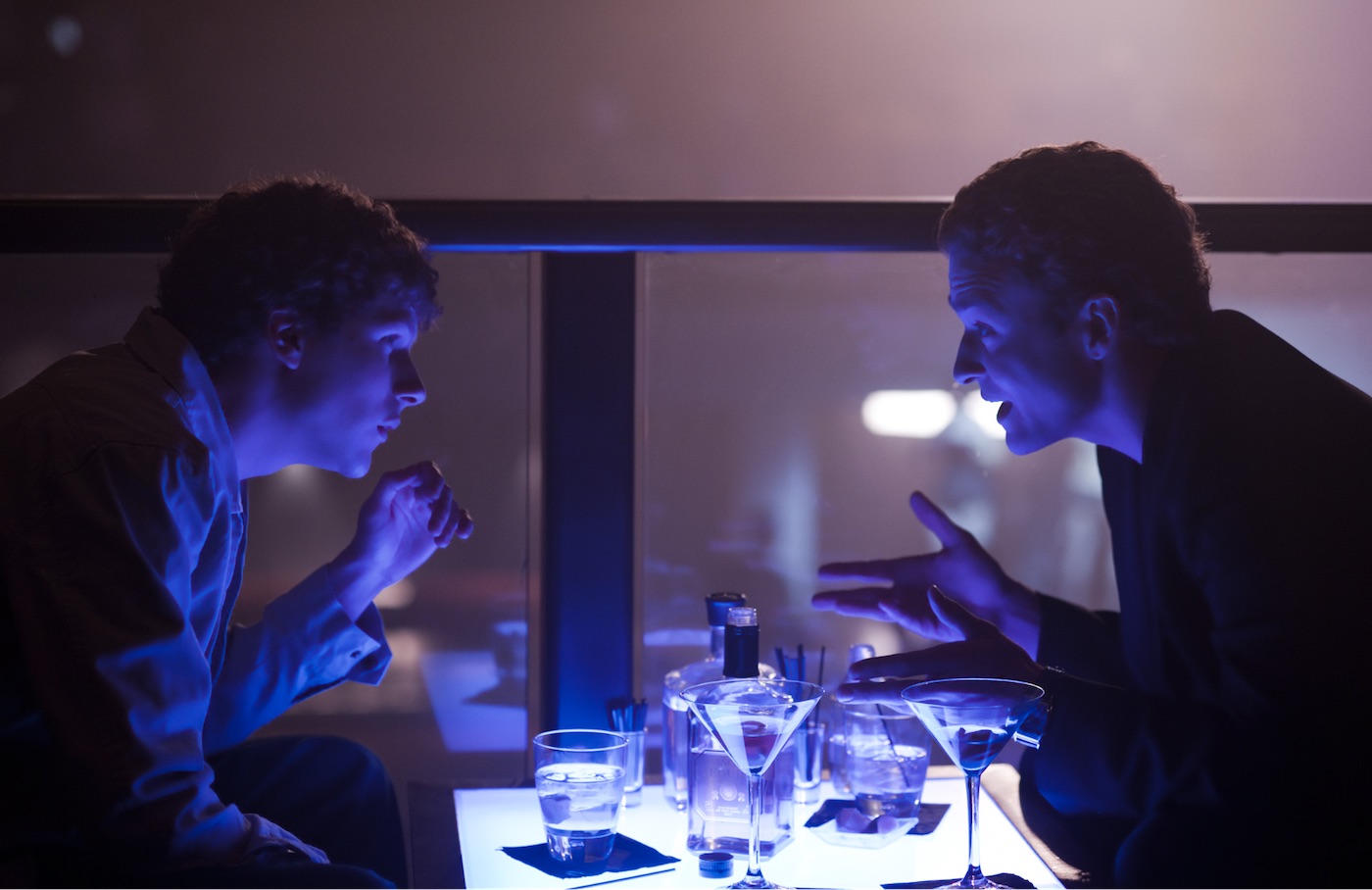 When you watch films that have received praise for their cinematography, you’ll likely notice one common theme — little to no zooming. (“Baby Driver” director Edgar Wright is an exception.) Using the zoom feature on your video camera is great for home movies, but avoid it when creating cinematic footage.
[imdb]tt3890160[/imdb]

Framing, also known as composition, controls how well the audience can focus on the subject in relation to its surroundings. Some of the elements to consider in the framing process include focal points, blocking, angle, and depth.

The ability of a camera to record dark and bright areas simultaneously is called its dynamic range. Capturing images and footage with different lighting in the scenes can alter the mood and create depth. This trailer is a great example:

The F-stop is the number used to determine a lens’s aperture value, impacting the depth of field and exposure.

A codec file is a packaged, compressed file that your camera delivers to a computer for editing. Instead, shoot in a different file format called RAW to transfer the raw pixel information from the camera, rather than transferring compressed video or photo images.

Cinematic lighting is a key element of creating shots that highlight or obscure subjects/objects in the frame and their surroundings, showing the audience what they should focus on in each scene.

A prime lens provides sharper images and can typically perform better in low light settings. Using one on your camera can transform the depth of field as well. Play around with adapters and other lens types, too.

Before you finish your film, take the time to correct and grade the colors in all the footage.