Film credits serve the important purpose of acknowledging the hard work and skills of both on-screen and behind-the-scenes personnel and consists of many specialists who perform a wide range of tasks to create movies.

Therefore, if you’re working on a film project, you should also remember to give credit where credit is due. Besides listing the names of the specialists who played a part in making your movie happen, you also need to follow some best practices when you’re writing your film credits, such as using the right format and listing the names in the correct order.

The Evolution of Film Credits

In the early years of the film industry, movies would only display titles at the beginning. As people started going to the movies regularly, they started to recognize some of the actors in the films they watched and became fans of those artists. Soon, movies would start with a short list of actors’ names, which is now known as the opening credits.

It wasn’t until the 1970s that end credits became a common practice. This resulted from the newly established auteur theory, which is the belief that a director is the primary creative voice behind a movie.

End credits became a standard when the film industry started adopting the digital format. In the past, when films were shot on celluloid, it was relatively expensive to include credits in a movie. Many filmmakers felt that it wasn’t worthwhile to spend extra money on a list of names that moviegoers might not stick around to see. In the age of digital filmmaking, the expense has become less of a concern, and credits may sometimes reach lengths of more than 10 minutes.

The Importance of Film Credits

In the era without film credits, many people were unable to identify their favorite actors. They could probably recognize the faces of some actors, but they didn’t know their names. After film credits started to appear in movies, fans were able to put names to those faces. Consequently, actors became more famous, which made it possible for other film producers to contact them for new productions.

Actors aren’t the only ones who participate in a film. Many other people who contribute to a movie work behind the scenes, and they deserve recognition for their work as well. The purpose of end credits is to show appreciation to the members of the crew who helped create the film.

The length of the credits varies depending on the size of the production team. Nonetheless, even with credits that last 15 minutes or more, filmmakers may still leave out hundreds of names.

Who Decides Which Names Will Appear in Film Credits?

Film unions decide who will be listed in the opening credits. Examples of these unions include Screen Actors Guild – American Federation of Television and Radio Artists, Writers Guild of America, and Producers Guild of America. As for the end credits, the production company or producer makes most of the decisions in support of the unions. The producer typically focuses on giving credit to the people who are most involved in the filmmaking process. The involvement may be in the form of time devoted, amount of work done, or money invested.

Sometimes, actors may state in their contracts where and how they want their names to be displayed in the film credits. They do this to avoid disputes over credits, which often happens. Many people in the film industry don’t get credit for their work, but they may have an “Uncredited” role included in their IMDb page.

Who Appears in the Opening Credits and In What Order?

Nowadays, most film credits are displayed at the end of a movie, but many films still have opening credits. Opening credits typically include the following items:

Who Is Listed in the End Credits and In What Order?

Typically, end credits are longer than opening credits. The names in the end credits appear in the following order:

How Do Producers Get Movie Viewers to Sit Through the End Credits?

Opening credits are often easier to watch than end credits because they make people anticipate the movie. Moviegoers seldom stick around to view the end credits because they’ve already finished watching the movie. Nevertheless, film producers have found creative ways to get fans to sit through the end credits. Some of these techniques include adding fun animation, playing interesting soundtracks, and using out-plays. Out-plays can be anything from humorous party scenes to scenes from a follow-up movie.

Writing film credits is similar to managing a file cabinet. You may have all the information available, but you’ll have a hard time pulling names unless you properly organize them. Whether you’re using sticky notes or a film credit template, make sure you categorize all the names into lists that you can easily access at a glance. You can label the lists as “Talent,” “Above the Line,” “Executive Producers,” or whatever you like, but you have to keep your extensive list of names organized.

How Do You Decide the Order of Your Film Credits?

Similar to other forms of art, writing film credits is something you can learn by copying from the best. Find a good recent movie that belongs to the same genre as yours and look at how its end credits are done. By using the movie as a guide, you can be sure that your film credits will be suitable for the type of movie you’re making.

If you want to learn about film credits and other aspects of filmmaking, consider enrolling in the Nashville Film Institute’s Cinema Production Diploma course. Contact us today to find out about our film programs. 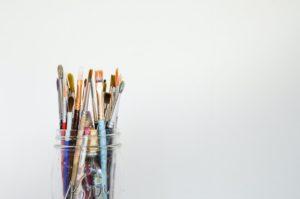 Best Wireless Headphones – Everything You Need To Know

The best wireless headphones combine superb quality, unique features, and long battery life in a handy, cord-free design. In addition to being the ideal companion

Viewfinder – Everything You Need To Know

Photography is the art of capturing light. To photograph your scene effectively, you need to know how light plays in the environment you wish to 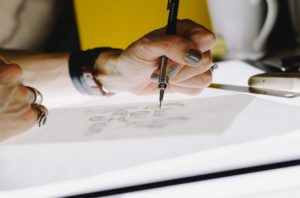 Camera Movements: 10 Essential Movements You Should Know A camera movement refers to the way a camera shifts to visually narrate and shape a viewer’s 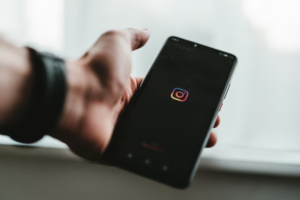 How To Get Verified on Instagram? Everything You Need to Know

As an influencer, you may want to gain the trust of your followers. In spite of having a custom content strategy in place, your audiences 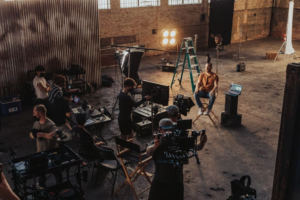