Non-diegetic sound in filmmaking is sound that does not come from one of the actors or objects on the screen. Non-diegetic sound can be nearly anything. However, it is most commonly employed to represent an offscreen character, storyteller, or aural atmosphere. 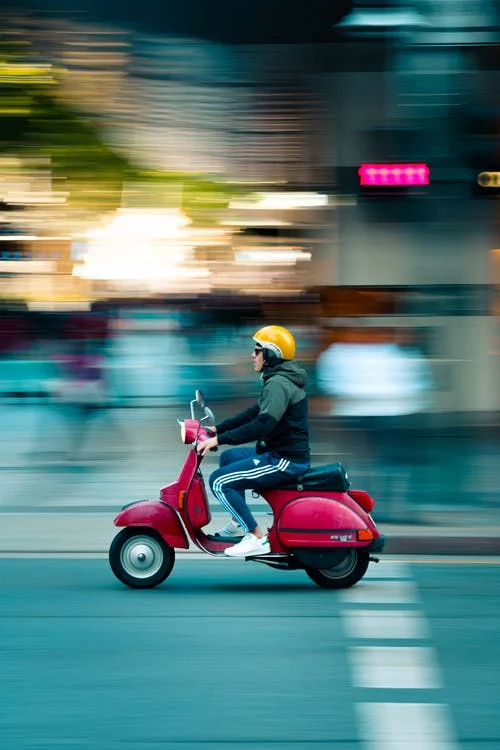 In film and television, non-diegetic audio is an important notion. It relates to sounds not produced by the action on the screen, such as a song or audio effects.

This signifies that it is not emanating from the area wherein the story is set but rather from somewhere else.

What Is Non-diegetic Sound?

Roger Odin created the term “non-diegetic” in 1967, and it has since been used to describe sounds like a song, noise, or even silence. Non-Diegetic, sometimes known as diegetically unrelated, is a type of audio in the film that does not occur inside the story.

Non-diegetic sound, often known as commenting or non-literal sound, is any audio that does not exist precisely within the film’s universe. In other words, it’s the kind of sound that actors in a movie can’t hear, but we can. All non-diegetic audio is added to a film after being completed.

Foley sound effects, classic film music or soundtrack, and voiceover narration are some of the most common instances of this form of sound.

Non-diegetic sound is essential in creating the final completed film that the viewer sees — and hears. What might Star Wars be like without its legendary opening theme and the whole soundtrack? Can you imagine a movie like GoodFellas without the narration?

Video: What Is Diegetic and Nondiegetic Sounds

Why Is Non-Diegetic Sound Included In Films?

Non-diegetic sounds are a powerful tool for filmmakers. However, the film’s music may be the most potent weapon, allowing you to set the tone, manage emotion, or give a surprise factor with a well-timed cliffhanger.

You can use non-diegetic sound effects for comedic influences and use commentary or voiceover to clarify or support the film’s plot. Commentary sound is used in films for a variety of purposes. They may include the following:

Narration is among the most common sorts of non-diegetic sound, even though it is merely literal storytelling and not usually any form of voiceover. As in Forrest Gump, a character may describe a recollection to another character, rendering the voiceover diegetic.

Another exception is internal monologue, which is a character’s feelings and thus a part of the universe. Finally, the non-diegetic narrative is only for the sake of the listener. Here is an example:

American Psycho immerses us in the mind of leading Patrick Bateman to interact with him. He is even permitted to do so by addressing the crowd directly.

As the audience is not a part of the film world, the narrator becomes non-diegetic by talking directly to them. Nevertheless, it’s an essential element in the film, allowing the audience to get into the head of a psychopath.

Overlay Music Or a Soundtrack

Soundtracks and music, in general, are frequently the most crucial non-diegetic sound in a film, serving to assist the audiences in understanding the movie, characters, and plot. 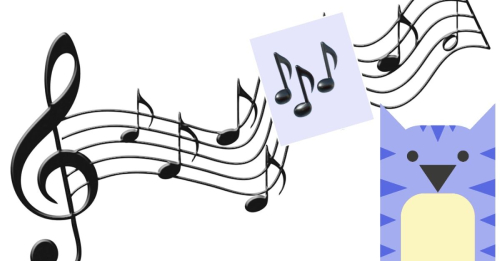 Music overlay and soundscapes have become so popular in movies that viewers wouldn’t even notice it’s there most of the time.

How Non-Diegetic Sound Is Used To Create Suspense

We’ll go over an example of outstanding music.

Non-diegetic music does not have to be harmonious or specially composed for a film. However, mainstream music can be used simultaneously, allowing the director to refer to specific tracks that fit the film’s mood. 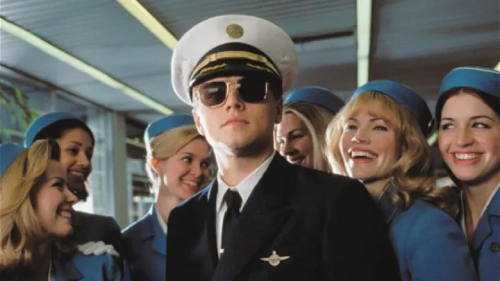 Come Fly With Me by Frank Sinatra alludes to the main character’s work as an airline pilot in Catch Me If You Can.

Sound Effects: Outside of the Film Production

You can include sound effects in non-diegetic sound design, but they are most typically included in the film’s diegetic soundscape.

Non-diegetic sound elements are frequently used for comedy or exaggeration. For Example:

Edgar Wright’s use of overstated soundtracks and quick cuts has become a signature. Wright employs multiple non-diegetic sound effects in Shaun of the Dead as Shaun outlines his various ideas. 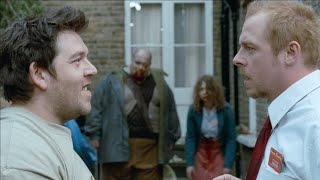 Wright makes a lot of “Wooooosh” sounds, mainly while using whips pans. Many of the weapons make excessive noises, including when Shaun and Ed combine their guns. Wright’s entire montage is an excellent example of the use of non-diegetic sound effects.

Movie Trailer: Shaun of the Dead

How to Make Use of Non-Diegetic Music?

Incorporating non-diegetic music would be both more straightforward and more challenging. Practically, overlapping a song on top of a film is simple, but it can be challenging to find the perfect track and cue it correctly.

Nonetheless, music is vital to many films, so it is invaluable to know how to use it appropriately.

The soundtrack appearing amid a sentence or randomly inside a scene, in general, attracts quite so much emphasis to be successful.

Instead, ensure that you have a seamless transition or trigger for it. It could be a dramatic reveal (verbal or visual), a rapid scene change, or something as simple as a gentle fade-in.

Best Soundtracks of all time

Few things are more aggravating than attempting to watch a film and not understanding what the actors are saying. Of course, this isn’t always due to the music, but the soundtrack is merely another item to divert us from hearing conversation or hearing essential sound effects.

When you get to the phase of your development where you’re mixing audio, pay close attention to volume levels. You would like the song to be loud enough to be noticed and appreciated, but not so loud that it drowns out the talking (unless this is a deliberate choice).

The traditional way to use music in a film is to get it to notify the audience on how you believe they should feel—for example, playing a sad melody ballad as someone dies on their deathbed.

However, conventional isn’t always the most excellent option. Martin Scorsese, a maestro of film soundtracks, frequently employs songs in his films that are thematically opposed to what you’d expect, forcing the viewer to identify a sentiment on their own. It is sometimes more impactful to play dynamic piano music after the protagonist has died.

Examples Of Non-Diegetic Sounds In Films 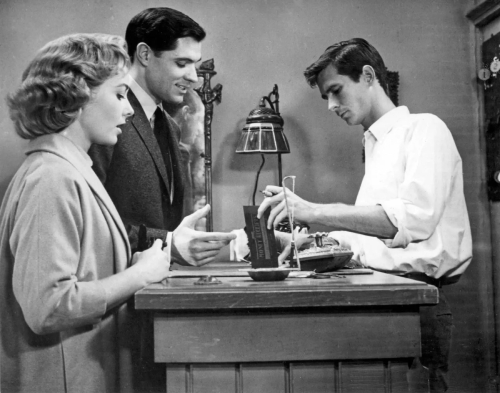 The shower scene in Alfred Hitchcock’s 1960 film Psycho is one of the most iconic horror films. The use of music here differs from diegetic music in that the characters cannot hear it; the source is not part of the plot (we don’t see someone singing, playing an instrument, or putting on a record). It will not form an element of the environment they are living in. But it’s fantastic for us watchers! It’s terrifying because of the usage of repetitive, very high notes! 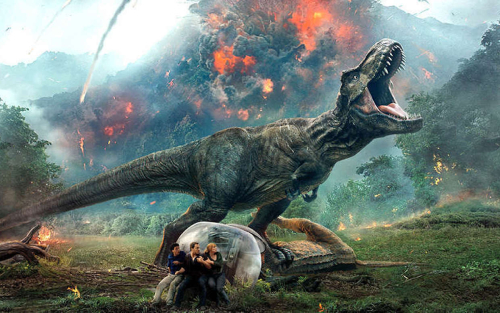 We guess you’ve watched Jurassic Park. The music of John Williams can be heard in this scene, but the actors and animals do not! There is no orchestra in the room! The first time when we witness the dinosaurs, the usage of non-diegetic music generates surprise and amazement. 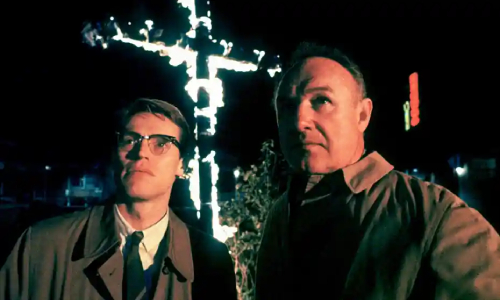 The opening sequence of the 1988 film Mississippi Burning, portraying racial hatred towards the African American community in America, makes dramatic use of non-diegetic music. The graphic depicts a house on fire (probably set on flames by the American white supremacist racist organization Ku Klux Klan), as the lovely negro devotional “Precious Lord, take my hand” plays in the background. As a result, we know this will be a touching, socially conscious film.

What is Diegetic Sound?

Diegetic sound is the soundtrack that comes from the movie’s setting. Non-diegetic sound refers to the sound that originates in our realms, such as the music or scoring.

Character voices, silverware rattling in the distance, or music from an on-screen piano might all be examples of diegetic sound.

If you’re wondering what diegetic implies, it simply means occurring inside the context or story, which is a simple method to differentiate between diegetic and non-diegetic sound.

The following are some basic examples of diegetic sounds:

A scene from Edgar Wright’s Shaun of the Dead exhibits both diegetic and non-diegetic sound at the same time. The characters can hear the noises of the actors speaking, the discs flying, and the zombies. Meanwhile, the rhythms and tunes of the background music serve as an instance of non-diegetic sound that Shaun, Pete, and the threatening zombies are oblivious to.

Begin using non-diegetic sound in your next project. Experiment, have fun, and see how music may enrich your storytelling!

What Is Social Media? – Everything You Need To Know

CREATIVE PHOTOGRAPHY Creative photography is a technique by which you combine different shapes, colors, and forms of ordinary moments and turn them into creative arts

Cucoloris is a prominent yet tricky lighting device/ technique used in film, theater, and still photography. Through this article, we will try to shed more

Two Shot Everything You Need to Know A two shot is a shot that shows two subjects in the same frame. The subjects don’t necessarily

Second Assistant Director: Everything You Need to Know

Film Marketing: Everything You Need To Know

Film Marketing moved past the era of posters and board signs that were used to promote movies and plays. The 2021 era demands Film marketing