Showrunner – Everything You Need To Know

A showrunner is not just a producer of a television show but a show’s originator or co-creator and a writer on almost all occasions. These individuals serve as the production’s guiding lights. They take the calls on casting, story arcs, and the day-to-day challenges of having a show finished and ready to air. 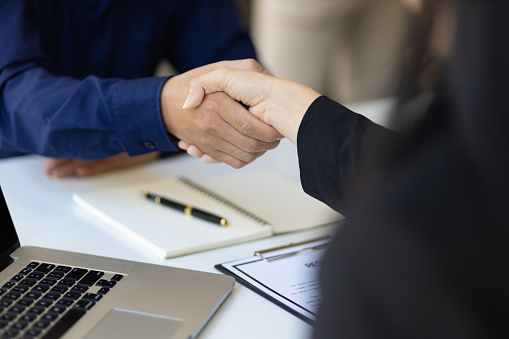 What is a Showrunner?

A showrunner is in charge of a TV show’s creative direction and administration. They are not always the show’s creator, but they are virtually always one of its writers. 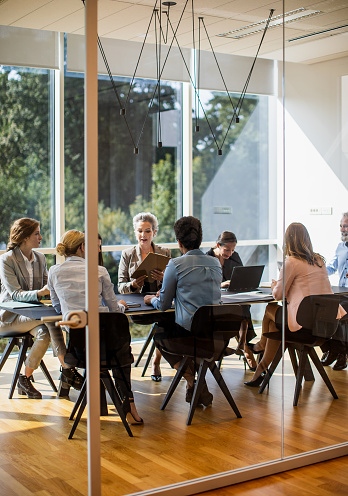 The showrunners are in charge of keeping the writers’ room on track, keeping the performers happy, and sticking to the episode budget. But, most essential, showrunners must adhere to the series’ fundamental creative goal.

Video: What is a Showrunner?

Definition of a Showrunner

A showrunner can mean different things to different people. Still, Shonda Rhimes, an award-winning writer, producer, and showrunner, best defines it: “A showrunner is someone who keeps a program running.” They keep a TV show on the air.”

A showrunner is in charge of the overall creative direction and management of a television series. He/She is a writer and not always the show’s originator but also an executive producer.

Showrunners ensure that scripts are completed, the line producer’s budget is followed, the actors are satisfied, and the writers’ room progresses. They collaborate with the cast and crew and the studio and network. Finally, and most critically, they safeguard the show’s creative vision.

Video: Showrunners in the Netflix Model.

What is the Role of a Showrunner?

Showrunners are in charge of all show parts, from idea to pre-production to shooting and post-production and delivery. Here are some of the most critical responsibilities:

Communicate with the Network or the Studio: Showrunners are the principal point of contact for delivery requirements issues such as final scripts, trims, air dates, show timings, and standards and practices for the network, studio, and production company entities.

Hiring: They hire the Casting Director, Cinematographer, Production Designer, Costume Designer, and Editorial Team, as well as offer regular in-person input throughout the season. They also choose and/or approve the actors’ talent.

Supervision of the Writing Room: All writing staff must be selected and/or approved. They are in charge of submitting season and episode outlines to the network or studio, allocating episodes to writers and ensuring that the series has a consistent “voice” and tone. This usually entails passing on every screenplay, regardless of who gets the “authored by” credit for a given episode.

Video: What it means to be a showrunner

Showrunner vs. Director vs. Creator vs. Executive Producer

Showrunner: A showrunner is a person who has complete creative control over the writing and management of a television show.

Video: What does a showrunner do

Director: A director is someone who decides on a feature film, television show, plays, short films, or other production’s creative vision. They have total creative authority over a project. They must have a personal or emotional connection to the topic and have a firm understanding of the technical expertise given in directing training.

Video: What does a Director do?


Creator: A creator is someone who comes up with a program premise, presents it to a network or studio, and sells it to them. You will always be given executive producer credit as the creator. However, you will not always be the showrunner. For example, suppose you are a newer creator with few distinctions. In that case, the network will often partner you with a separate, experienced showrunner who will carry out the creator’s overarching vision for the show. In many cases, the showrunner is also the creator.

Executive Producer: Although a showrunner is always an executive producer, he or she is not always the creator or director.

Video: What does an Executive Producer do?


How to Become a Showrunner?

It takes a long time to become a showrunner. While there are other ways to advance in the sector, here is the standard step-by-step process that many people have used to obtain the position.

Practice Writing: To begin, you must cultivate healthy writing habits and perfect your skill. In addition to writing spec screenplays, start writing original pilots. Original pilots provide you the opportunity to build your writing style. On the other hand, Spec scripts are excellent for learning how to enter another writer’s headspace.

You can figure out what television shows you like throughout this period. For example, do you like writing comedies or dramas? It is better to concentrate on a specific niche rather than trying to be all things to all people; otherwise, an agency will not know where to place you.

For writers wishing to kick start their careers, here is a brief checklist:

Show Progress in the Writing Room: Showrunners must be knowledgeable about as many parts of television production as possible, so you should be aware of the tasks of everyone you may someday be in charge of.

Starting as a writer’s assistant, you can go to staff television writer, story editor, showrunner’s assistant, etc. It is a lengthy climb, but it is well worth it for the right person.

Enroll in the WGA Showrunner Program: Applicants for the WGA showrunner program must be current active WGAE or WGAW members with a “supervising producer” credit or above on a recent TV series or have a pilot screenplay set up at a network.

This course will teach you all you need to know about producing and hosting a television show. And many of the previous entrants went on to achieve great success.

Television shows like Game of Thrones, Succession, and Master of None have received a lot of love from the audiences. But do you know the showrunners of the show? Read on to find out.

Master of None Showrunner: Master of None is created by Alang Yang, who also serves as the showrunner. Alan Yang graduated from Harvard University when he was 19 years old. At the age of 25, he was already working on the hit show Parks and Recreation.

Top Showrunners of the Television Industry

The importance of the showrunner has risen dramatically in recent years. They offer a distinct perspective to their shows, so we recognize select showrunners by name. Here are some of the most notable showrunners and what makes their work unique. 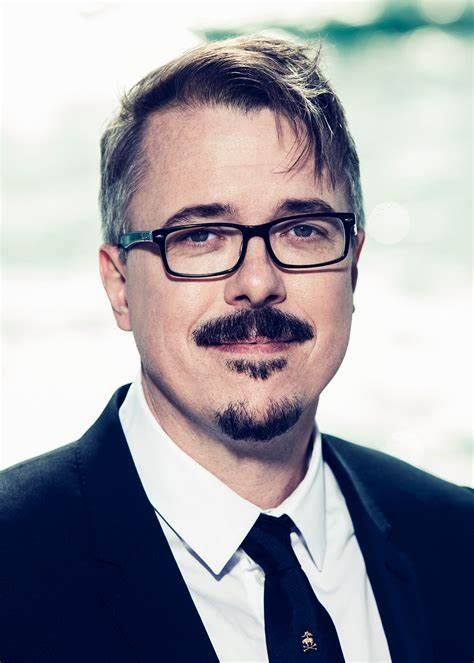 You must be living under a rock if you have never heard of Breaking Bad. Vince Gilligan conceived the show and served as the showrunner for the run. Most showrunners are involved in many aspects of the production, but Gilligan took it further and directed several episodes. Here is an insight into what Gilligan did daily on Breaking Bad.

Video: Vince Gilligan on Being a Showrunner

Dan Harmon is one of the most well-known examples of a showrunner clashing with a network. Harmon was the showrunner for three seasons of Community until being sacked before the fourth season. Then, for Season 5, he was quickly rehired as co-showrunner. 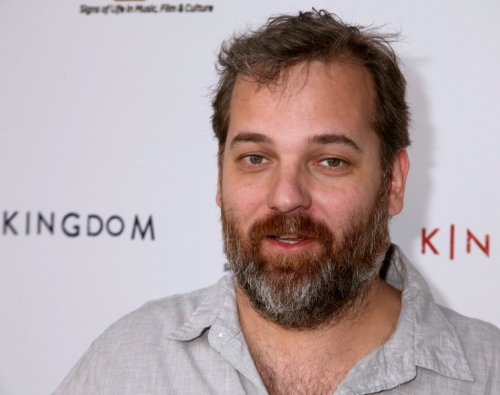 He also created the story circle to assist writers in creating better TV episodes and feature films. However, Harmon’s firing was ultimately due to a conflict between the two showrunner responsibilities we discussed earlier. Despite the show’s success, the showrunner needed to oversee the creation and management aspects of the show, and it was not working on Community.

Harmon wanted to make good television, while the studio wanted to ensure the program was a rating success. Harmon was fired because he could not produce the show he desired with the money he was given. Getting rid of a showrunner, on the other hand, is nothing new. After Bryan Fuller and Michael Green resigned due to creative differences, American Gods needed a new showrunner.

Video: Dan Harmon on Being a Showrunner 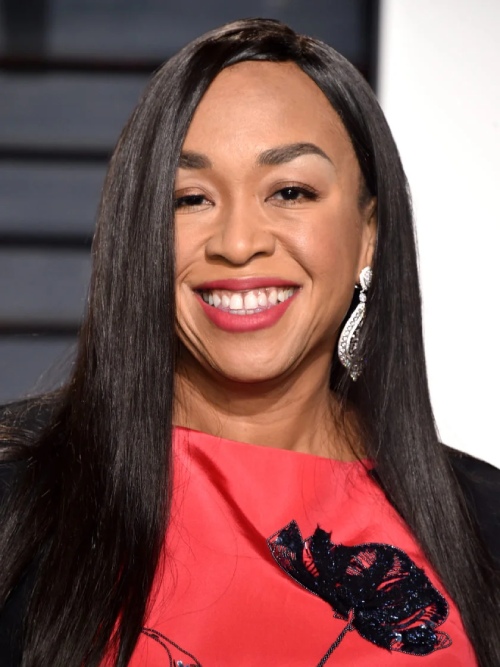 Grey’s Anatomy premiered in 2005, launching the career of Shonda Rhimes, one of television’s most successful and influential showrunners. For example, Rhimes has directed some of television’s most popular shows, including Scandal, How to Get Away with Murder, and Empire. Rhimes recently inked a multi-billion dollar development contract with Netflix.

Video: Shonda Rhimes on being a showrunner

You cannot learn to be a showrunner unless you have the job. Working your way up through the writer’s room, from writer’s assistant to staff television writer to story editor, and so on, is the most usual path to becoming a showrunner. Working under other showrunners provides invaluable experience in observing how they operate a writer’s room, navigating production and post-production problems, and learning what works and what does not.

Art Director: Everything You Need to Know

How To Become a TikTok Influencer? – Everything You Need to Know

Screenwriter: Everything You Need to Know

A screenwriter, also known as a screenplay writer or scriptwriter, writes for visual media like film or TV. Though screenwriters can get overlooked by viewers